annG0 got their new illustration or graphics by running a design contest:

A graphics of an attractive female face graphics including upper torso. It will be used to create a series of female faces. The project deliverable will also including designing 3 different sets of eyes and 3 different sets of mouths, that can be interchanged to make different faces (and all of them will look good with the face shape). The faces should be sexy, cute, and likable. They are female robots (but so lifelike that they don't look like robots, except a subtle hint of robot. Maybe the face is a little shiny?) The age of the women should be around 20 years old. The graphics should be artistic and colorful like the examples below but not too similar. Perhaps a different style that is still colorful and artistic.

Below is an example of a face series. They are all colorful, and each picture is just a variation of the other (different mouths, hair, eyes). But they all look the similar and are part of a series. We want to use this prototype to create a whole series later. But unlike this series, our faces should be friendlier, cuter and sexier. Showing a little cleavage.

annG0 collaborated with designers to refine their ideas

Hiba won the contest I ran, which had attracted many talented artists. Her design was the best. She has been fantastic to work with. I highly recommend her for any and all of your graphics design needs.

2022 Acts of Service Vision Board

Arrow Senior Living is a senior living management company that abides by a specific set of core values, pushes the bound

Masthead logo for a tabloid-sized newspaper.

This is a masthead for a Spanish/English newspaper for travelers and tourists in the area of La Paz, Baja California Sur

- First Nations performer that is soul/jazz/pop inspired. - Vulnerable and powerful music and lyrics. - Performs in ma

I'm a singer/songwriter based in Melbourne. I'm 26 and would like the logo to reflect that. Something futuristic but nod

We help authors through the self-publishing process. 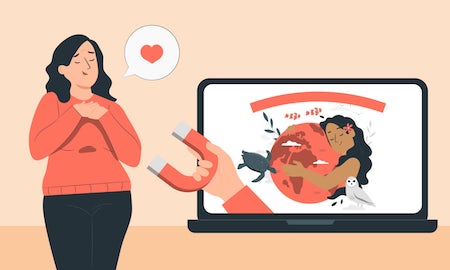