zildjian2000 got their new logo design by running a design contest:

PSD and HTML need to be included along with all images. The logo must have something to do with titans (preferably a titan from Greek mythology or greek mythology in general, however, if it looks good, it doesn't really matter) and if you are designing both it would be nice if the site related to it too, but again, doesn't really matter that much.

Accepted File Formats: PSD, HTML, XHTML I am looking for a new design and logo. It must be easy to edit (someone with dreamweaver and a basic knowledge on HTML could edit it). The logo doesn't need to be editable There should be a space for the following on the site Seals I have a HackerSafe, PayPal Verified, Godaddy High Assurance SSL, and one other seal that should be able to easily be put at the bottom of the page, probably just an open line for it, just a place so that they look nice and dont look awkward An introductory section, where I can put a little blurb about my company A services section which would have 3 boxes, which would have a few lines of text in each and then a link, titled Reseller Hosting, Domains, Web Hosting (This is optional, if you can't fit it in then don't worry about it, its just an idea but I don't know how well it would work out, but Im a bit curious because I kind of like the idea. I would like to see what it would look like if it was the focus of the page and was where people were supposed to click, but Im not a web designer and like to let you guys do what you do and see what you come up with) This contest was originally listed in multiple categories: - Logo Design - Web Page Design (Coded)

zildjian2000 collaborated with designers to refine their ideas

This is my 3rd logo with 99designs and LogoB was very easy to work with, responded quickly, and made the requested tweaks very quickly. Thanks for another great experience.

mmoulton311
Choose a design you love and work closely with the winning designer to refine and finalize your design. After that they’ll supply the files needed for print or digital use. Full copyright is all yours.
You’ll get all the image files you need to put your design anywhere. This includes the original, editable file, as well as a preview version you can open on virtually any device.
If you know exactly what you’re looking for, it makes sense to work with an individual freelance designer. In that case, you can search through our designers’ portfolios and find your perfect match.

People nearing or in retirement

I am a consultant that sells some merch and my symbol is a butterfly because I give my clients a transformation. I cons

I need a modern, vectorial cover design for an e-book preparing people for an English Language exam

Young adults planning to do a Master's or PhD in an English-speaking country.

Cover design for a series of high school educational audiobooks

people who have tried traditional means of coping with stress and trauma. Age 30-55. Location: World-wide Gender:

Design inspired by the Big Lebowski

We offer specialist coaches to help people with performance, careers mental health and and relationships

Fonts for games: how to win over players with top typography

The principles of inclusive design 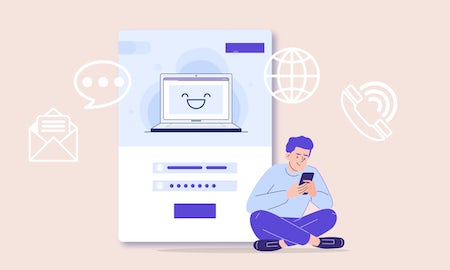 7 contact page design tips your visitors will love you for