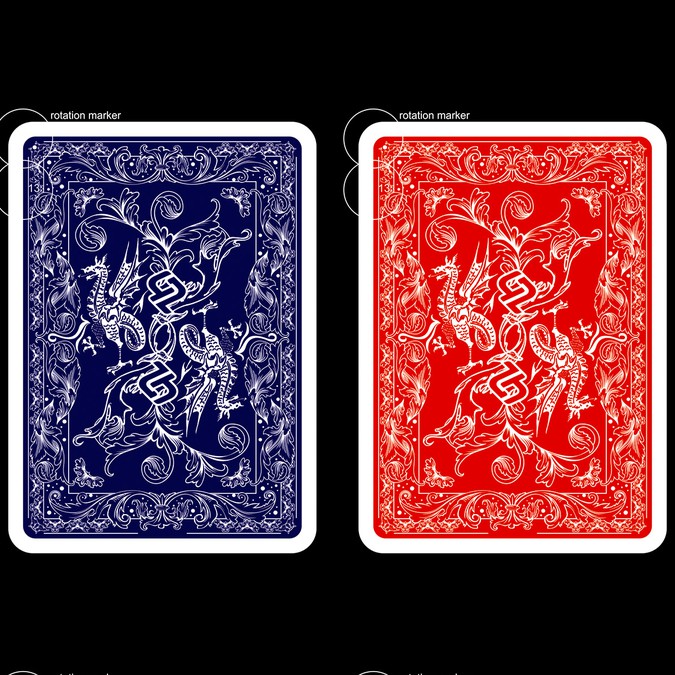 Design of BACK of playing cards (for magician)

Christof_strasser needed a new art or illustration design and created a contest on 99designs.

A winner was selected from 52 designs submitted by 22 freelance designers. 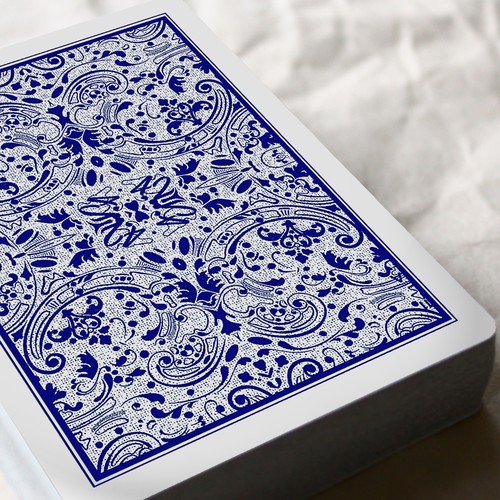 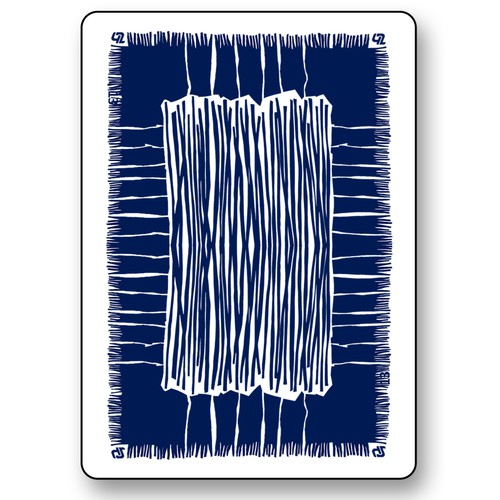 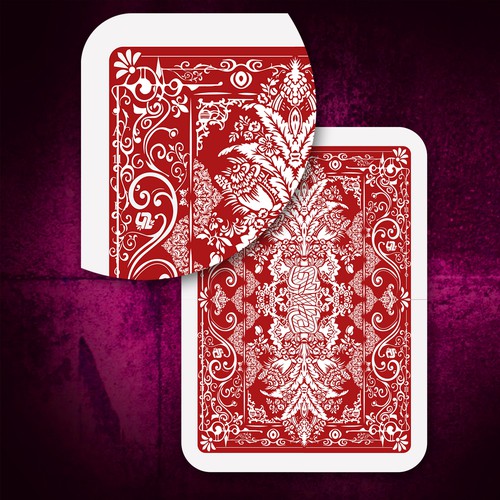 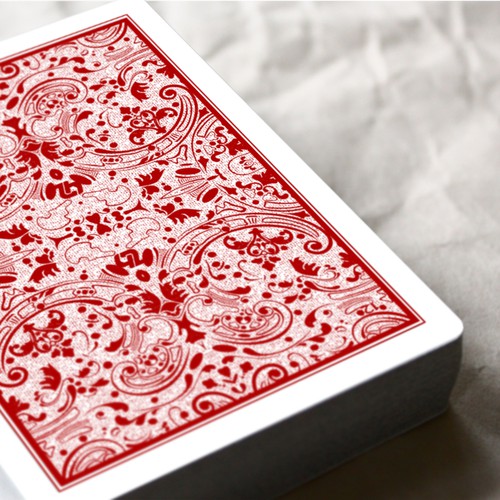 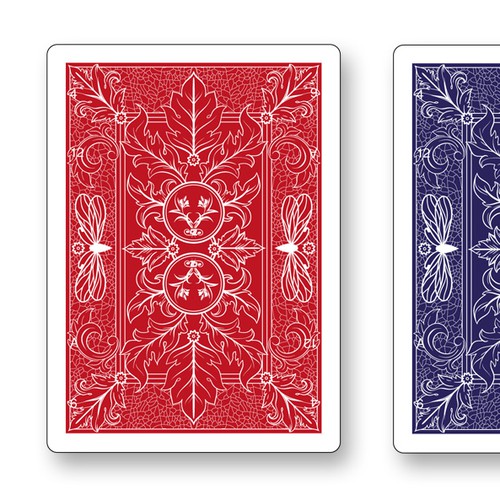 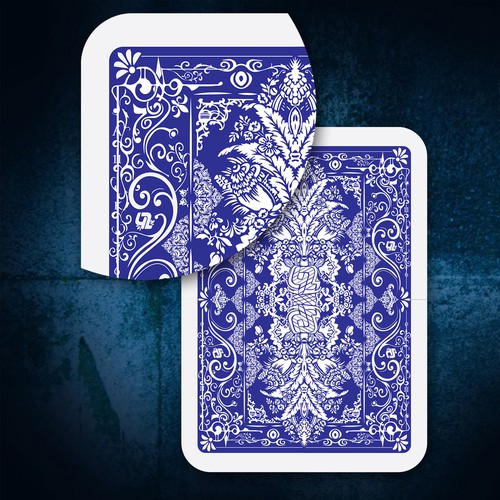 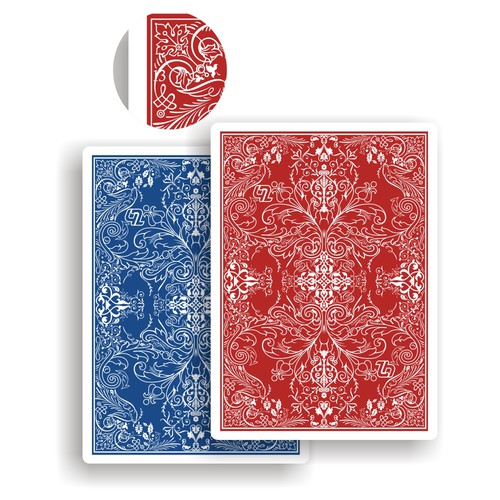 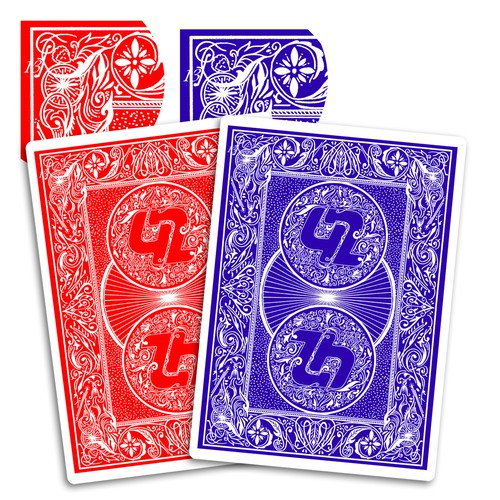 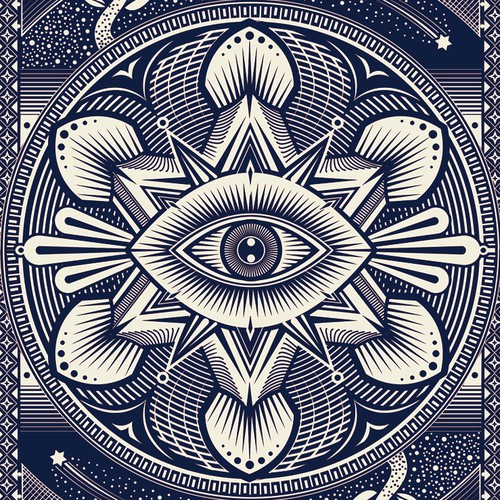 Some of the designers who made it happen

Winner - Art Bearman
To sum it up, Art Bearman did a really great job! He was always very responsive and implemented change requests very fast. Furthermore, he did more than he actually would've to.
- padho

Finalist - Marciuss
Thank you for all your great designs, yours were by far my favorite And would like to use you for future work. I have my own sign business And are always looking for new designers. This is my first time on 99 designs an still Learning the ropes, but hopefully we can work together on more projects. Kind Regards- Reno
- Reno311

Finalist - winterweizz
I'm very happy with the all of the logo designs that were submitted to me during the contest I paid for! I was able to ask for changes from each of the designers and wish I could afford to purchase more than one, because they were all outstanding! The logo I did decide on met all of my criteria and can't wait to use! Thank you for all that you do, Joel.
- myagentjoel

Finalist - WGOULART (wesley)
I absolutely loved working with my designer, Wesley! He is a gifted artist who created the most gorgeous front and back covers for my first book; he made my characters come alive with his artistry. No matter how many changes I asked him to create, he never complained; he made the changes with positivity. I LOVED working with Wesley and will continue to work with him on future book covers!
- nataliamiles451T

How Christof_strasser started their other art or illustration journey

Who are you known as?

What industry do you think your business is most related to?

I run this project as a professional magician in Vienna, Austria, and London, UK. My audience are all kinds of people around the world. No limits.

I want to print my own playing cards, 52 cards per deck, poker size format. The fronts are standard bicycle fronts, we need to design the backs of the card. I have the following design requests:
- I want a red and a blue back design.
- the backs should have a white border, like classic bicycle backs
- the backs shall incorporate, in a VERY ABSTRAHISED way, my logo "42", which I am attaching hereto. Do NOT use the "law" part, JUST the "42"!
- please DO NOT COPY the bicycle back design. That's copyright infringement. Their standard design is suitable for achieving the goal described in the next bullet point. BUT we need an ORIGINAL design that works in this way.
- MOST IMPORTANT, SPECIAL FEATURE: my decks have to be MARKED. See other comments for more details on this.

As mentioned above, I want to print MARKED decks.

I have a very specific marking system in mind, which is known among magicians as the "Boris Wild"-marking system. You can see an example of the markings here: http://images.penguinmagic.com/imag…d-alt1.jpg
I have also attached four pictures of marked backs, where I highlighted the marking with a black circle.

(ii) is well-suited to incorporate Boris Wild markings, easily detectable by the magician but difficult to find by laypeople who do not know about the markings.
The deck should be printed in both red and blue.

Create the next art or illustration for Pumpkin Carving Design
£139
Scary, spooky and fun designs for carving into pumpkins.
190
entries
33
designers
art or illustration for de Waal
$199
This is for personal use
53
entries
18
designers
Tattoo Design Wanted for Bon Iver
$299
I am looking to have someone design a tattoo for me based on a northern exposure episode in the style of Mucha
59
entries
26
designers
art or illustration für Personal design of a bookplate for Ms. E. Birgen Keşoğlu
EUR 199
As this is a design for a person rather than an organisation, the details have been added to the design request.
17
entries
5
Designer
Design a unique and beautiful family tree
€309
Creating a unique family tree for one family....
66
entries
18
designers
Design a retro "tour" poster for a special event at 99designs!
$460
Chefrunde Studytour USA is a tour where editors and executives from Germany's leading media companies (magazines, new...
236
entries
67
designers

We saved a spot for your other art or illustration contest.

Get started now
Design a retro "tour" poster for a special event at 99designs!
€499
CHEFRUNDE Studytour USA is a tour where editors and executives from Germany's leading media companies (magazines, newspa
177
entries
59
designers
HAND DRAWN iconic places in the world
US$299
We provide elegant sophisticated coloring books that will free your creativity
42
entries
19
designers
Design a fun and lively brochure map for on-campus galleries!
549 USD
We are a visual arts student organization. We prepare on campus visual arts events....
12
entries
5
designer
BEST MIXTAPE COVER FOR UPCOMING RAPPER
269 GBP
It's for an unofficial music album. Thanks! :)...
50
entries
16
diseñadores
Circus Performer Digital Paintings
US$899
We produce an annual conference for 800-1000 artists and storytellers who work in a variety of creative industries, like
25
entries
11
designers
Alexis, I'm 50
US$ 349
Advertising and marketing consulting.
35
entries
11
designers
Learn more about art or illustration design
See how it works